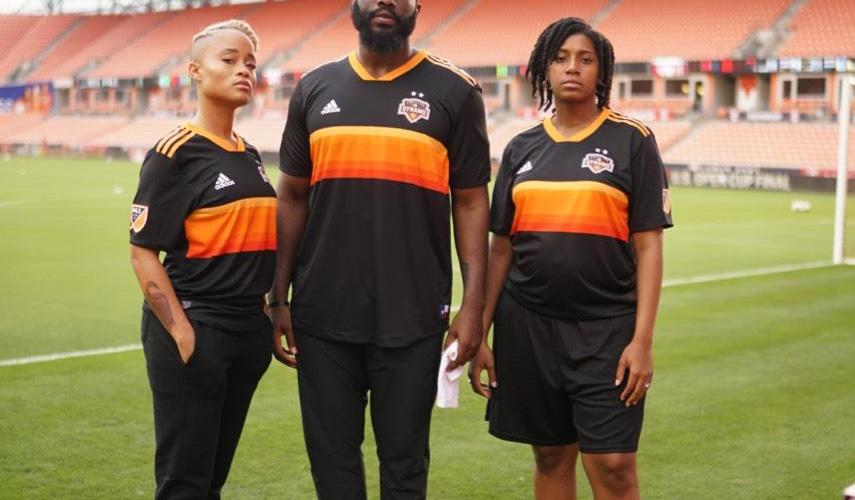 On a muggy and drizzling Wednesday afternoon, Tobe Nwigwe and LaNell Grant (Nell) took over the Bud Light Beer Garden stage outside of BBVA Compass Stadium to kick off ceremonies for the 2018 US Open Cup Final. The rising star from Southwest Alief performed a short set list for the Houston Dynamo moments before their 2-0 win against the Philadelphia Union.

The duo performed tracks from their viral Get Twisted Sundays project, as well as selections from Tobe’s debut album, Tobe From the SWAT. The rain didn’t stop the couple hundred gathered fans from enjoying a free show from the artist who just last month performed at White Oak to a sold out crowd of over 1,200.

Tobe, his wife Fat, and producer Nell, performed hits from their weekly video project, The Originals; closing the show with arguably their most popular single to date — the Erykah Badu / Dave Chappelle tribute song, “I’m Dope”.

Nwigwe is preparing to launch a US tour next year that could reach up to thirty cities. The Alief football player turned rapper has been making waves in the hip hop game all summer coming off the success of his epic appearance on Sway in the Morning. Tobe’s freestyle on Sway has garnered over 150,000 YouTube views and launched the local phenom to national status as a breakout artist.

Following the appearance on Sway, Tobe and team had a whirlwind summer that included a guest appearance on The Right Time with Bomani Jones, an invitation to tour the BET facilities, and a performance on the BET awards this past June.

Despite their rapid success and obvious marketability, Tobe and his team remain firmly independent, building an organic platform from which to distribute their highly original brand of content. Underneath the team’s breakout hip hop achievements, Nwigwe’s message remains one of purpose and faith, one that he prefers to deliver unfiltered and authentically.