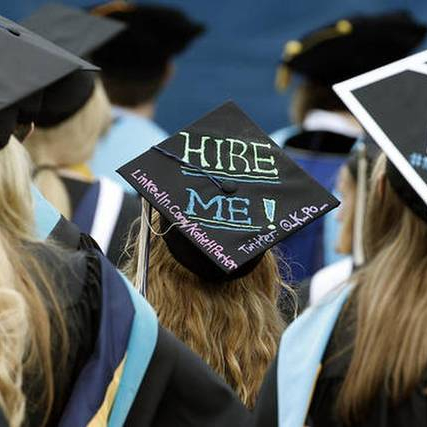 The housing market crashed, Lehman Brothers closed its doors, and the world fell into financial chaos as millions of millennials took their first cautious steps into adulthood. Many of us were students, bearing witness to the greatest economic calamity since the 1930’s. The rest, young professionals and college graduates experiencing firsthand the realities of worldwide recession. What followed were several years of unstable job markets, coupled with higher costs of living and wage stagnation. The effects on my generation were not merely economic, but psychological. Our collective response to the uncertainty of the Great Recession was a change of values. Terms like Disrupt, Start-up Culture, and Side-Hustle have become the manifestations of our experiences.

In 2016, Simon Sinek gave a now viral lecture on millennials in the workplace. Pointing to bad parenting, social media addiction, impatience, and environment, Sinek paints a convincing and concise argument for why millennials are unhappy in their careers. What Simon neglects to mention are the many frustrations millennials have developed toward employers, particularly during the Great Recession and in the years that followed. For example, the average CEO-to-worker pay ratio for major US corporations in 2015 was 276-1; up from a 1965 ratio of 20-1. Over the past 40 years CEO pay has increased by nearly 1,000%, while worker pay has increased by a mere 10%. The rise in executive pay is a direct result of the explosive growth of American corporations. However, lower level employee compensation has remained largely unaffected by revenue growth. This disparity is only magnified by the fact that the Great Recession created years of job market instability. Millennials entered adulthood during a period of massive layoffs and financial insecurity. Adding to the problems of low pay and job loss is the fact that corporate cultures are slow to change and often seem to disregard individual concerns. While the economy has now made a full recovery from the recession of 2008, our trust in corporate culture has not.

The theory of Disruptive Innovation precedes the Great Recession and millennial culture by more than a decade. Harvard professor Clayton M. Cristensen coined the term in 1995 to describe an innovation that, through simplicity and affordability, creates a niche market which will eventually overtake an existing one. In today’s business world the term has taken on a much broader definition. Any company or entrepreneur willing to challenge conventional thought or implement innovative culture is deemed a disruptor. Millennials are overwhelmingly drawn to these modern disruptors, often developing cult like obsessions. But what are the economic and cultural factors that drive this attraction? For one, higher costs of living and lower pay have created a need for economic alternatives to everyday products. This need is driving the current explosion of direct-to-consumer business models. Most popularly implemented by Dollar Shave Club, Warby Parker and Casper Mattress, direct-to-consumer brands are using online distribution and social marketing to significantly disrupt retail industries. Social marketing is an important facet of millennial culture. We seek to connect with brands that share our values. Social media introduces avenues for brands to form these relationships. Beyond financial incentives and the convenience factor, disruptors represent a lifestyle that millennials crave; one that centers on entrepreneurship and innovation.

Compounding the effects of lower pay and career instability are substantially higher costs of living. Compared to previous generations, millennials’ are saddled with more debt and higher living expenses. What many now find upon entering the workforce is that they simply cannot afford the same quality of life that their parents enjoyed on single incomes. That reality drives our generational obsession with the “Side-Hustle”, a popular term for secondary sources of income used to supplement primary salaries. A 2016 survey by CareerBuilder found that millennials are working second jobs much more often than their older colleagues. While only 29% of workers reported having a second job, 39% of those 18-24 and 44% of those 25-34 reported earning money on the side. Those figures suggest that nearly half of the millennial group most strongly impacted by the Great Recession have turned to side-hustles to supplement their salaries. What’s more, young people who are pursuing secondary sources of income are seeking avenues that fit their values and lifestyles. Companies that focus on mobility, convenience, and flexibility have strongly benefited from the human capital that millennials offer. Firms like Uber, AirBnB, and Etsy have exploded in recent years thanks to young professionals looking for extra cash. Millennial entrepreneurs are also reshaping the business landscape; launching businesses earlier in life than previous generations. On average, millennials launch their first business at 27, compared to 35 for baby boomers. According to Forbes, these younger business owners are having noticeable impacts on business culture. As owners, millennials are able to implement the startup culture they once craved in their work environment with little or no resistance.

As of a 2016 US census report, millennials have officially surpassed baby boomers as the largest living American generation. At 75.4 million, the influence we have on business culture is much more profound than the creation of niche industries. Start-up cultures have begun to replace corporate cultures, traditional retailers are losing significant market share to direct-to-consumer brands, and social media is becoming the primary platform for marketing and the distribution of information. Our generational values, not long ago in their infancy, are becoming the guidebook for successful businesses. In the aftermath of the Great Recession, millennials are using their influence to usher in a new economy.